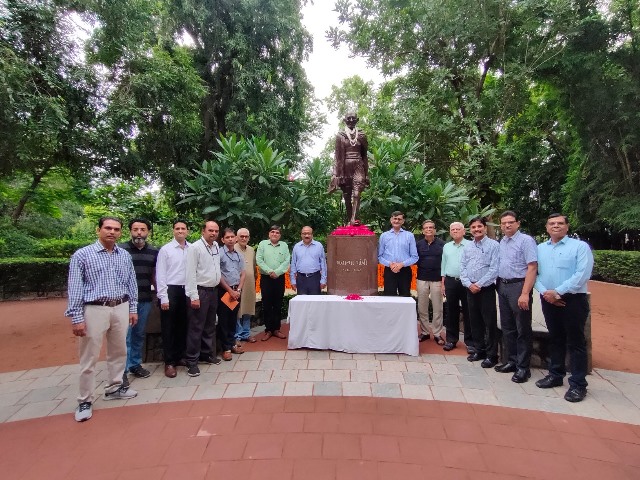 Vidyamandir Trust celebrated 150th birth anniversary of ‘Mahatma Gandhi’ on October 02 2019.  During which Palanpur’s first life size statue of Mahatma Gandhi was unveiled in Shashivan-Jananara Baug.   Trustees, invitees, citizens, staff and students witnessed the unveiling followed by a program of bhajans and speeches on Mahatma Gandhi. An initiative called ‘Be the Change’ on civic sense development and ban on single use plastic was also announced during the function.