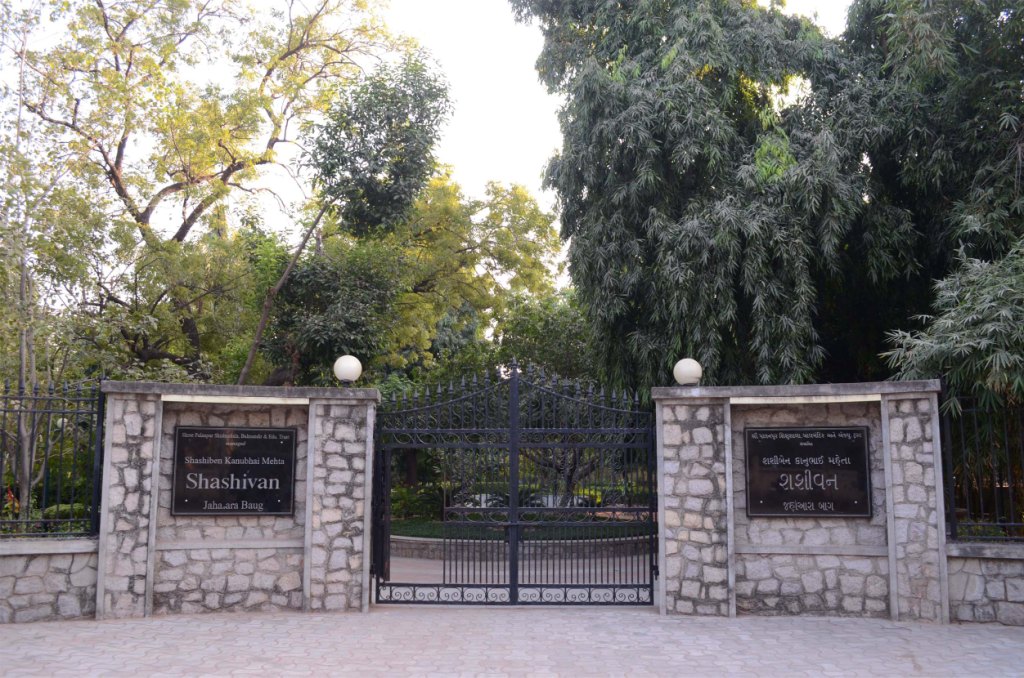 Before being transformed into a garden, Shashivan was known as Hathikhad in the olden days. It used to be the burial site for elephants, which explains the name. In 1939, Shri Taley Mohammad Khan, then Nawab of Palanpur, married an Australian heiress named Joan Falkiner, who became Begum Jahanara of Palanpur. He gifted this garden to his new Begum and named it after her.

In 1947, it became public property. In an attempt to restore the beauty of this heritage site, Vidyamandir took it over on leasehold for a period of 25 years in 2003. The garden was renamed Shashivan during the same year after Shri Shashiben Kanubhai Mehta’s family lavishly contributed towards the cause.

Today, this garden has an open-air theatre that makes it ideal for workshops, seminars, cultural and educational fests, concerts, plays, and celebration events. In 2019, Shri Kantilal Chhotalal Mehta Charitable Trust got a statue of Mahatma Gandhi erected on his 150th death anniversary near its entrance. It is the first statue of Gandhiji in Palanpur.